After studying horticulture at the Osnabrück University of Applied Sciences and gaining initial experience in organic horticulture near Freiburg, Jörg Schulze Buschhoff and his wife Victoria founded Ökullus in 1996. They cultivated the first areas according to the guidelines of the Bioland Association on Gut Schulze Buschhoff at the gates of Münster. From the beginning, the focus of cultivation has been the cultivation of vegetables for direct marketing. After Victoria Schulze Buschhoff took over the family business in 2002 and switched to organic farming, the production of eggs and grain was added, among other things.

In 2000, direct marketing via weekly markets was supplemented by supplying private households with Ökokisten (eco boxes) via the organic food trade Ökullus.

In addition to its own vegetables, regional and 100% organically produced foods have been marketed through the company’s own web shop since 2003.

In the meantime, more than 1400 households in the Münsterland are supplied with Ökokisten (eco boxes)  on a regular basis.

In addition, Jörg Schulze Buschhoff is involved in the board of Bioland NRW and in the Ökokiste association (Germany). 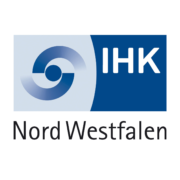